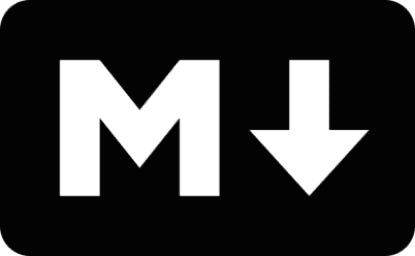 Markdown is a markup langauge for text formatting, however under the surface lies a whole host of functionality which could leave your app open to abuse and attack.

Injecting XSS into Markdown is very easy, just check out this totally normal link for example.

Beyond this there are even more options but I think the point has been made.

OK, how do I secure my Markdown then?

Good news is there are loads of options to properly sanitize the HTML output from a Markdown libaray. Below is an example using dompurify inside a react component.

But what about the back end?

Yep, of course we can't trust anything coming from a client so we'll have to do it on the back end too.

If you're using node you can use dompurify again in exactly the same way but let's make this a bit more difficult with some C#. This is just as simple see the example below using HtmlSanitizer.

Great, now how do I display this safely?

Just use the dompurify sanitize function again and your golden (note regardless of where HTML is coming from you should always sanitize it coming into dangerouslySetInnerHTML. The name of the prop should be a clue!)

Wait! What about when the user wants to edit?

Perfect, you've found the hole in the solution. As we've had to rely on HTML sanitizers to get the job done we've inadvertently changed the data type. So when the user comes to edit a field, suddenly they are presented with some HTML and not the Markdown they'd initially input. Fortunatly, turndown gives us the ability to reverse engineer the Markdown from the HTML so all we need to do is use this when we're loading the value back into our component's state.

Awesome, can you just briefly summarize that for me?

So now I'm using sanitizers I can relax!

Not quite, sanitizers are far from perfect and it could be that a sanitizer misses an attack vector. Always ensure your dependencies are up to date in order to minimize your exposure to this risk.

As a side note this highlights the importance of implementing a strong Content Security Policy as if we miss a potential XSS attack we can fall back to this to help protect our application and users.